Love is in the air for Red-shouldered Hawks

Even as I found myself wondering if spring would make it to Austin, our resident hawk pair decided that February 24th was the day to get it on in the dead snag in our yard.

We arrived in Austin on February 8th, greeted by baby hail and frosty temps. Not easily deterred, I was still determined to get my bird on and spent quite a bit of February looking out windows and listening for signs that there was action to be captured.

One thing I noted was that I wasn’t seeing our resident red-shouldered hawk pair, who were almost daily visitors around our house last year. I did finally seem them swoop through the yard once or twice, so I knew they were still in the area…perhaps also not thrilled about our schizophrenic weather.

Then on February 24th, I heard the sharp, repeated call of the hawk from our yard, grabbed my camera and headed out the porch door. As I got the lens up and focused on the snag, the male landed on the female and they began to mate.

I knew the shot was obscured, but I didn’t want to ruin the moment for them, so I stayed put until he moved to sit on the branch next to her. When I downloaded the photos, I couldn’t stop laughing about how the oak tree had PERFECTLY censored the shot to obscure their faces and naughty bits, as if nature knew this would land on the internet. Touché, nature…way to protect your creatures from stalkers!

One aspect of wildlife photography that can be deeply satisfying is when you actually have a chance to watch individuals over time. In this case, I can say with pretty decent confidence that this hawk pair are the same ones I was seeing last year.

I burned an insane amount of time trying to compare photos from the Hawk Kerfuffle to the ones of my pair, and just couldn’t say with confidence that either of them were in that 2017 incident. It’s possible that the juvenile turned out to be one of these individuals, but so much changes as they mature and there were no truly unique markers that carried into adulthood. (I really wanted this to be another connection to the story!) 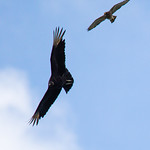 In the spring of 2018, I found the nest site in our neighborhood, but didn’t have much luck seeing them in the nest. Instead, I had to settle for the frequent sightings around our house – several of which involved the male clearing a No-Fly Zone of all big birds (mostly vultures) from around the nest.

Here’s a slideshow of the happy couple being all snuggly and cute on March 6, 2018, which should have also been during their courtship. 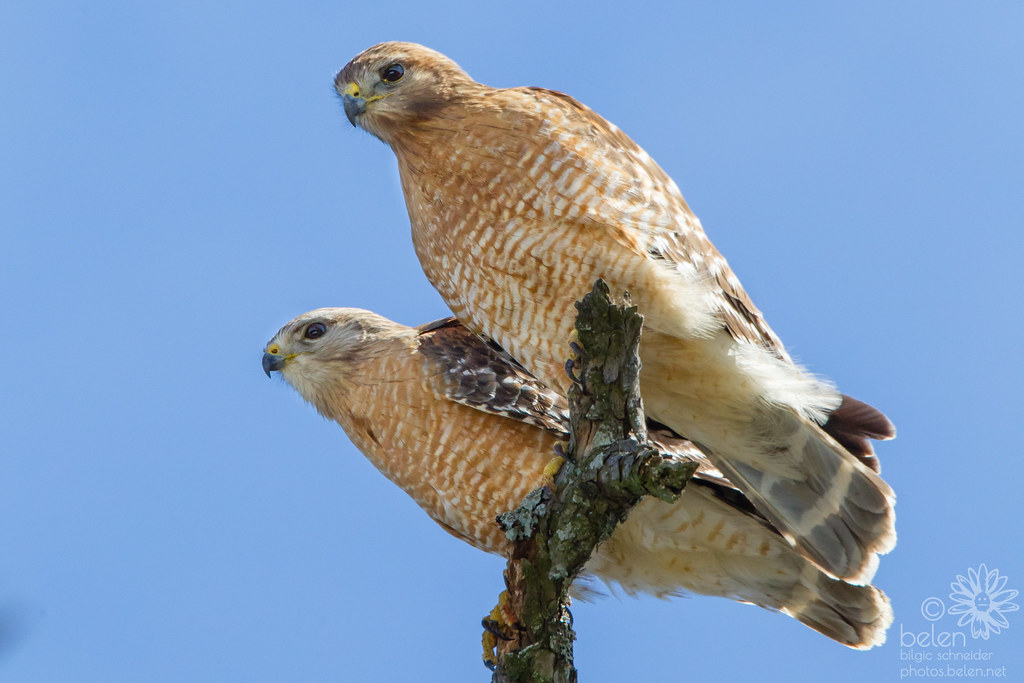 Maybe this year, I’ll name them. I know many naturalists avoid that kind of connection, but after all, it’s only polite to use a name when it’s more than a one-time fling. Here’s to long-term relationships!